Sales isn’t about pushing. It’s about persuasion. Here’s how to be better at it. 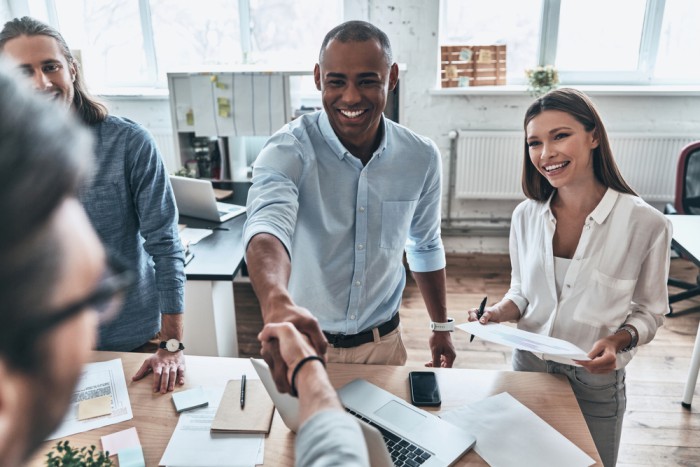 This story appears in the September 2019 issue of Entrepreneur.

ABC. Always be closing.” Everyone in sales has heard that line. The rest of the world probably knows it from the 1992 film Glengarry Glen Ross, where Alec Baldwin’s character treats it as gospel. It’s taken as truth in the sales world. But here’s the thing: It’s completely wrong.

In fact, the “always be closing” approach to sales is the enemy of persuasion. It may have worked in the past, but today’s low-trust world demands an entirely different approach.

The basic presumption behind that infamous saying is that everything a person says or does in the course of persuading someone should be aimed purely at getting to yes. It’s about aggressively pushing your audience to make the decision you want them to make, whether it’s in their interest or not. It’s about finding a way to close the deal at all costs.

This is short-term thinking at its crudest. It’s manipulative, and it doesn’t work. Sure, persuasion is about getting someone to say yes. But people don’t want to be forced into a decision; they want to make up their minds for themselves. In order to create the conditions that compel people to side with you, you must be clear that you care about more than just your own immediate gain.

Being an authentic human being in all your interactions is essential to developing a persuasive character. Emphasizing your humanity and forging human relationships is what pays real dividends when your goal is to win someone over.

When we’re swayed to a particular decision, we’re often evaluating the person delivering the message as much as anything else. We’re thinking, Is this person trustworthy? or Is this person someone I can see myself doing business with? or, more often, What’s in it for her? or What’s his angle here? If a person’s obvious objective is simply to get us to buy something or sign a contract, it will show through, making that person far harder to trust and much less persuasive.

Persuasion, then, isn’t about coercing your audience to do what you want. Rather, it’s about attracting them to a particular conclusion, and letting them get there on their own. Being pulled is always preferable to being pushed. And one way to draw someone to your position is by engaging your audience’s emotions through that most human of activities — storytelling.

More than any other form of communication, stories have the power to inspire loyalty, to take us out of the present moment and let us consider ideas from a fresh perspective, and to make us understand things on an emotional level. When told well, a great story draws people into the narrative, absorbing them in a world that is separate from their own. And once they’re immersed in a story, they’re far more willing to let their guard down and loosen their grip on preconceived notions.

To do that, consider that great storytellers are also great truth seekers. If you can’t state your message in a single, uncomplicated sentence, you might as well not have a message. I suggest sticking to a classic structure. Identify the goal (who are your characters, and what do they want?), the obstacle (what’s in those characters’ way?), and the resolution (what’s the preferred outcome?). This format works equally well in a 30-second commercial, an in-person sales pitch, or just a conversation with a customer. You know you’ve got something special when you (or a client or a customer) are excited to repeat it.

Storytelling moves, connects, and creates meaningful bonds between brands and consumers. It holds the greatest power of persuasion — and not just to sell a product. We tell stories to communicate our values and compel others to adopt those same values. Once you’ve done that (and done it well), you’ll have won the customer — and their trust.

Adapted from The Soulful Art of Persuasion, copyright © 2019 by Jason Harris. Published by Currency, an imprint of Penguin Random House.